Thousands of people took to the streets, not on foot or in car, but by bicycle May 11, for Bike to Work Day. Moffett Park Business Group joined the effort by hosting an Energizer Station, its 13th year in a row. For those not familiar with an Energizer Station, it is a small booth set up along the roadways of major bicycle commuting routes that hands out food, goodies and good cheer to encourage cyclists on Bike to Work Day. This year was no exception to the great number of bicyclists who rode by or stopped. Our great volunteers from Lockheed Martin, Moffett Park Business Group and the City of Sunnyvale BPAC greeted the bicyclist with goodies, a bike bag and lots of encouragement. In return, the volunteers met people from so many different backgrounds, ranging from those who biked to work every day to those who were trying biking for the very first time. A great year! 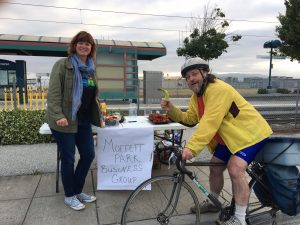 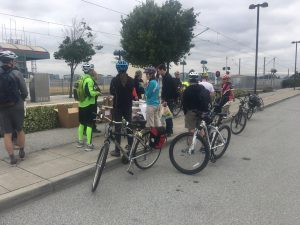